With over 27,000 talent submissions received, 113 hopefuls were chosen to advance to the Final Round. New York native Adam Nelson successfully battled film industry finalists each vying for just 23 spots. He would go on to ultimately win a talent spot as an Actor on Season One of "The Reel Deal", a multi-platform new media competitive reality show where celebrity led teams make Academy Award quality short film in just four days. Contestants auditioned in categories including actor, director, composer and writer as created by 21st Century Pictures Group | Adryenn Ashley, Producer. Filming begins July, 2014 in Hollywood. Visit his Finalist page http://thereeldeal.tv/adam-nelson

OVER 27,000 TALENT SUBMISSIONS
113 ACTORS SELECTED AS FINALISTS
23 VOTED ONTO THE SHOW
VISIT: THEREELDEAL.TV/ADAM-NELSON 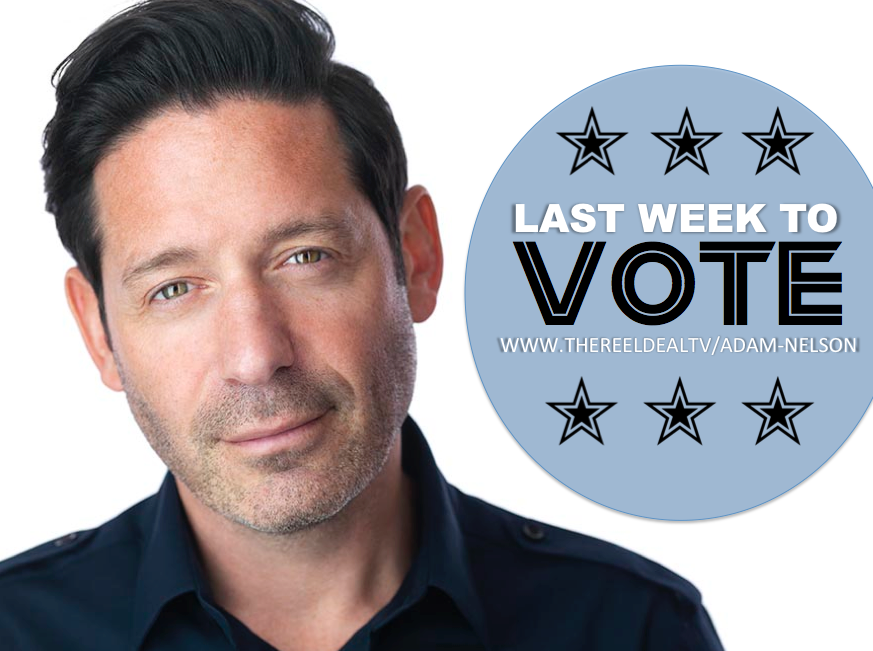 NEW YORK CITY: One of the contestants who has reached the Final Round is New York City actor Adam Nelson who admits he's avoided the dramatics of reality television since briefly appearing in two episodes of the first and second season of Donald Trump’s The Apprentice. However, a new cross-format show is in the works, and the New York City native is among 113 film industry semifinalists vying for just 23 spots on The Reel Deal, set for filming this July. He’s thrown his hat into the ring because this show is not your typical reality show. In the vein of American Idol or The Voice, the new competition includes celebrity-led teams of actors, composers, writers and directors shooting short films in four days. Nelson used a dozen fake advertisments to stand out from the jam packed including graffiti, UFO's, talking pictures and general brandalism which  can viewed by clicking on the pictures below. His credits include movie appearances in feature films A Tiger's Tale with Ann Margaret, Lesser Prophets with John Turturro, Dead Broke with Justin Theroux, Home Sweet Hoboken with Ben Gazzara, Shooting Vegetarians with Elodie Bouchez, and the indie classic Dogs: The Rise and Fall of an All-Girl Bookie Joint. You can vote for Adam Nelson his Finalist page http://thereeldeal.tv/adam-nelson/
THE REEL DEAL + SQUERB
Hot on the heels of the success of Netflix original series’, 21st Century Pictures Group is further innovating the way we consume binge-worthy entertainment, namely with the production of a new reality television show, The Reel Deal, which will distribute online, on demand, on mobile and through social media in an innovative interconnected multi-platform format. The Reel Deal has done something the reality show world has not been able to do – feature acting and other entertainment industry creative talent – by drawing from indie-filmmaking roots. Celebrity mentors will lead groups of aspiring actors, directors, screenwriters, and composers in a high-stress, high-stakes, one-week competition to produce the best short film and, subsequently, launch the careers of the featured talent.What's more is a groundbreaking partnership with Squerb, which gives users a simple way to express opinions and explore those of others in an easy to use and understand visual axis using an innovative grading system. Utilizing their revolutionary platform, The Reel Deal will collect user-generated feedback, in context, for each facet of the process - from writing, to cinematography, to acting, to score.More than just a simple thumbs up or a traditional phone-in tally, the contextual data collected by Squerb is poised to set a new industry standard in viewer engagement. In addition to the voting platform, each contestant, celeb, and location will be given greater depths of detail and levels with which to engage. Visit Squerb